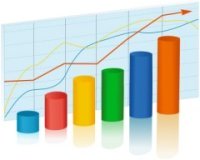 Here is a three fold comparison between the four major webservers: Apache 2, Cherokee, LigHTTPd and Nginx. We will compare standard static file service capabilities of each of the servers. Next, we will compare their individual performance with PHP (mod_php in-case of Apache 2 and PHP5-FPM in-case of others) and finally with that of WordPress.

All the above were installed on the same test system using standard Ubuntu Packages or stable PPA packages wherever necessary. Each of these servers were tested for finding three different results. The first one was a static file test. In this test, two PNG type images of dimensions 400×400 and 800×800 pixels were taken. Each server was made to benchmark on each of the two images and for each image two iterations per server using ApacheBench were taken. The output Requests Per Second was averaged over all iterations of each server. While running tests on each server all the others were gracefully brought down. Next was the PHP5 Script test. Here a simple php script with a for loop of 100 iterations of word “Testing” was used to benchmark with two iterations per server and the results were averaged. Finally, we took the WordPress test. Here the same WordPress installation was accessed by each of the servers. WordPress permalinks were disabled. The request WordPress post had one post and 5 nested comments to test for load. Again two iterations for the same were taken per server and the data was averaged. The Static File Test and PHP Script Tests were taken with 50000 requests at a concurrency level of 100. The WordPress Tests were taken with 3000 requests at a concurrency level of 5.

That’s all for now. Next week,  we will come up with some more benchmarks.